Why researchers are deeply concerned about your iPhone

With the Oppo Find X5 Pro, Oppo’s new flagship is officially a reality. The smartphone is available from March 11 and has a lot to offer consumers. But how good is the device in practice?

Over the past week, I’ve had the pleasure of testing the Oppo Find X5 Pro in advance as my default phone. In this article, I list the most notable things about it.

Yesterday afternoon at 12:00 it was finally here: the Oppo Find X5 Pro was unveiled. After months of rumors, Oppo itself let consumers know what the smartphone will offer them. Behind the scenes, we at the editorial team already had the opportunity to test the device. Something that I was able to do for about a week.

Based on that experience, I’ll tell you in five points what things you need to know before you (maybe) buy the device. 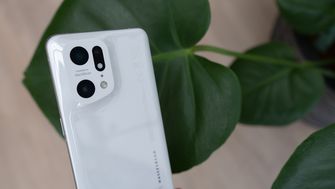 #1 Lies comfortably in the hand despite weight

Weighing 218 grams, the Oppo Find X5 Pro may have to deal with wrong first impressions. Not only the people around me, but also myself noticed the first time mainly that the smartphone is quite heavy. However, those who use the device for some time will mainly notice that, despite the hefty weight, it is really nice in the hand.

It’s quite clever of Oppo that this weight doesn’t steal the show on a daily basis. The fact that your finger glides perfectly along the camera system, the device feels premium, and that it sits firmly in the hand are things that stand out more. So be sure not to be put off once you’ve held the device for a bit.

Xiaomi, OnePlus and Oppo are the proof that the Chinese really have mastered the battery game. Something that is also clearly reflected in the new flagship that I got to play with last week. The Oppo Find X5 Pro is equipped with a 5000mAh battery that can easily take you one and a half to two days in tow. Although that’s a period you’re unlikely to bridge due to the fantastic charger that comes with it.

It’s almost starting to look like a commercial article, but I’m really a fan of SuperVOOC. The charging technology allows smartphone batteries to be seen in a completely different light and devices to actually be used differently. The combination between the Oppo Find X5 Pro’s 5000mAh battery and its 80W charging power is a delight. Within minutes, the battery is charged enough to last a full day. Even when you charge it wirelessly with an output of 50W. Although you do need a separate dock for the latter. 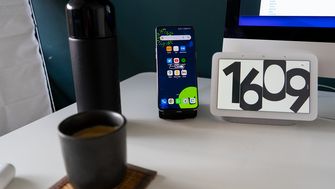 The display of Oppo’s new flagship is an impressive one. 6.7-inches in size, a WQHD+ resolution and a pixel density of 525ppi. Add to that the variable refresh rate of 120Hz and you know what you have in your house is good.

Playing games or watching movies is a real pleasure on the Oppo Find X5 Pro though. Sometimes with these types of brands it can still be a bit disappointing, but with the new flagship don’t let that stop you. The device directly competes with top models such as the Galaxy S22 and the iPhone 13 Pro (Max). Nothing wrong with that, then.

It won’t be a point of interest for every user, but it’s good to know. The Oppo Find X5 Pro is equipped with the MariSilicon X imaging NPU. This chip takes care of processing photos and videos. While it may not sound very exciting, it really does provide benefits to you as a consumer.

Thanks to the introduction of MariSilicon X, and its application to the Oppo Find X5 Pro, it is possible to shoot 4K RAW videos in real time. In doing so, it is also possible to shoot videos in 4K resolution in night mode. That quality, by the way, is excellent, although a small light source is really required. 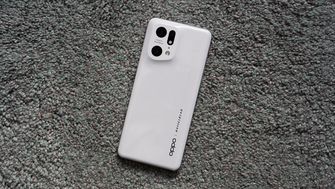 The Oppo Find X5 Pro feels like a full flagship and impresses on several fronts. I always test smartphones blind as far as I can, which simply means that I don’t look at the price tag until the very last moment. As a result, I know immediately if a device is the right price or slightly overpriced.

Despite its impressive specs and good design, I was personally shocked by the €1299 price tag.

Oppo Find X5 Pro: buy it or leave it?

The Oppo Find X5 Pro is one of the tastiest smartphones I’ve had the pleasure of testing from the brand in recent years. Everything about this device seems to be right and could really shake up the market. If it weren’t for the fact that with a suggested retail price of €1299, the device would be unattainable for a large group of consumers.

Especially considering the current status of Oppo in the Netherlands. The brand has a large group of fans and is doing well in Asia. In Europe, and certainly in the Netherlands, there is still ground to be gained. A €1299 smartphone is not going to do the trick in any case. If only because, with such amounts, consumers will reach for what they know more quickly. 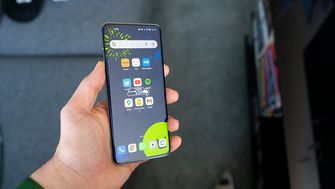 Whether the Oppo Find X5 Pro is going to be a resounding success I don’t know. That the device is really incredibly good does.