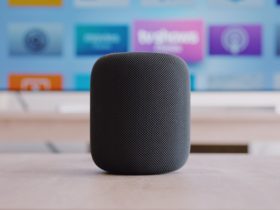 There are those little devices that give nerds warm feelings. This bizarre, super-cute Matrix-style MacIntosh-shaped charger for your MacBook and iPhone is one of them.

The art of hacking is one of the most beautiful things you can do in the tech world, as far as I’m concerned. And this charging station that is designed like an old Mac that you can plug three cables into proves just that. Or more like a tasty extra printer port, at the time. Anyway.

This MacIntosh is a fast charger for your MacBook

You see, the company SharkGeek has created a charger with 67W AND you get a display that tells you how much your device is charged. But not just any display: you get to see LEGO-style falling Matrix cubes relative to your charge. Just wow.

The tree goes up another notch because the charger uses GaN technology. This allows you to charge multiple USB-C devices with ease. Not entirely unnecessary with Apple devices in one household.

We’re curious now, though, if you get your download info per device LEGO Matrix-style. Nope. Anyway. Cool though. 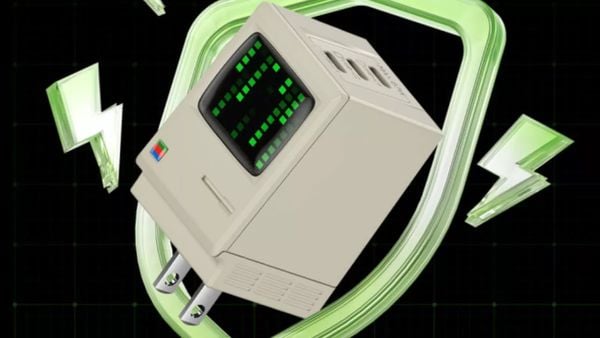 Anyway, it’s impressive how many Apple devices the Sharkgeek Retro 67W charger can communicate with. So it is, however, a safe charger thanks to a battery that has an internal check of 180,00 times per hour. So should it go out of whack, SharkGeek will know right away. We hope an alarm will go off then.

The charger divides power between three outputs. The first two provide power of 15W, but the main out provides 45W of power. At least this keeps your MacBook full enough.

The absurdly cute charger currently costs just $39 on Starter. After that, it will also cost relatively little, $79 when it actually comes out, but obviously to act so just act fast. This is going to be a gadget.

The company is now busy getting production underway and they expect to deliver the first batches early next year.

So you’ll have to be patient for a while because the set won’t go on sale until 2023. Charging until then can be more subtle, of course, for your MacBook and iPhone.