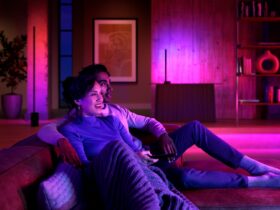 WhatsApp has started the year 2022 well. The company behind the popular application is testing a new functionality for the third time in a very short time. This time in the area of voice messaging.

When you receive a voice message you can recently play it at higher speed, but as soon as you leave the conversation the fun is over. The company seems to want to do something about that.

Of course, it’s the folks at WABetaInfo who come out with the new information. In a new test version of WhatsApp, the ability to play voice messages for longer turns up. Of course, this is not a feature that actually makes the messages longer. It is simply possible to play them outside the conversation. So when you are listening to the long story of a friend, girlfriend or relative, it is possible to simply contact other people.

Where the functionality speaks for itself, there are still some ambiguities to discover. For example, we do not know if WhatsApp makes it possible to listen to voice messages outside the application, i.e. in the background. If that were the case, we think it would have been reported, but it is not certain. Logically, it is also not yet known whether the option will be available to all users.

At the moment, the functionality appears in a beta version of the iOS app of WhatsApp. Although not all testers will necessarily have access to the new feature.

Know who’s talking about you

As mentioned, WhatsApp has started the past year off productively. The company behind the popular application now has a third feature in the testing phase. Meanwhile, the company is also working on new notifications. For example, it is possible for some beta testers to see not only a name and preview of a message, but also a profile picture in notifications. In addition, WhatsApp is also working on a concise summary. Those who have missed many messages will see at a glance who has said something about them.

Want to know more or stay up to date? Then be sure to check out this page!