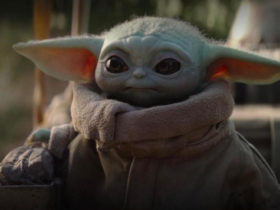 Disney+ may be getting cheaper, but…

A few years ago, Apple came out with its new iPhone that used MagSafe. This is now the standard and gives you the ability to charge your smartphone wirelessly. During the CES 2022, a number of new gadgets were also announced.

For example, Scosche is coming out with some new MagSafe gadgets that are meant to be used in the car. With this, you have the ability to easily use your iPhone 12 or 13 as a navigation system.

MagSafe accessories for car use

First off, you have the MagicMount Pro Charge5. This comes in different variants, so you can score one that suits you best. You can choose to attach it to the dashboard, the cup holder (if you have one, because that is mainly an American thing) or the ventilation panel. You then click it in there. Then, using the MagSafe option, you can clip the iPhone onto it and also power it up. Which is handy, because navigation apps are a drain on the battery. The holder will have a suggested retail price of $64.99 in the United States and is scheduled for release in the spring. 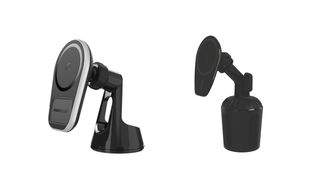 Is that too much? Then Scosche is also coming out with another model. It concerns the MagicMount Pro MagSafe. This comes in the same configurations, but you miss the ability to charge your iPhone while in use. So that’s not so useful when you want to go on a long trip and use the iPhone as a navigation device, because then you’ll stress about the battery running out. But if you always have a full battery thanks to powerbanks and drive short distances, this would be more than enough. At $44.99, it’s a bit cheaper, though.

Scosche also comes with a speaker that works via MagSafe. You place it on the back of your iPhone and it works as an amplifier. This would come in handy when you like to watch video content via your smartphone. This speaker would be sold in the United States for about 40 dollars.